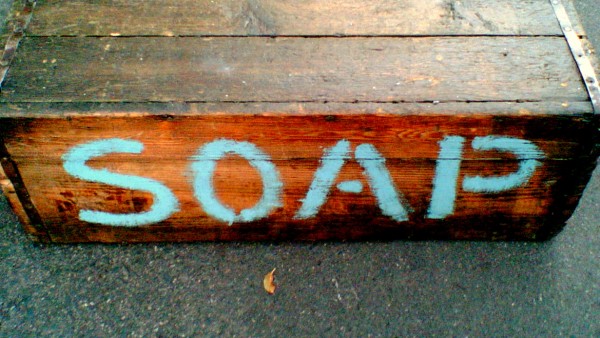 I was half-way through 8th grade. At the half-year point, we switched teachers and classrooms. Report cards had just been handed out and I had arrived a bit early in my new science teacher’s classroom. My report card rested on top of the stack of books on my desk.

My new science teacher helped himself to my report card. He peered at me over the top of it and said, “All A’s, huh?”

I smiled at him and said, “Yes. Always.”

And he scowled at me and said, “Well, don’t expect to earn an A in my class. Girls don’t get A’s in my class.”

We stared each other down for a few beats, he put my report card back, and walked back to the front of the room. I don’t think he ever spoke directly to me the rest of that semester, but I did, in fact, earn an A in his class. And in just about every other class I took in high school.

One summer during college, I decided to get a jump on my credits by taking a couple of summer classes. I decided to explore some different things I was interested in and enrolled in an introduction to electrical engineering class.

The first day of class, there were about 40 men and 3 women. The professor gave a long and rambling lecture reviewing what we’d learn that semester. He mentioned that the three women should drop the class and take something else instead because women didn’t do well in electrical engineering.

At the second class, I was the only woman. That made me sad. But I stuck around.

A couple of weeks into the class, we had our first test. As the professor handed out the exams, he paused as he handed me mine and said, “Are you sure you want to do this? You could just leave now.”

I didn’t say anything. I just took the exam from him and started working on it.

Next class, he handed back the exams. In order, from the highest grade to the lowest. I got my exam back first.

But it happened on every exam. I was always the highest grade in the class.

But even more frustrating and disheartening is talking about experiences like this and then being told that sexism and misogyny and discrimination don’t exist. I don’t know why we’re so often closed off to hearing about these stories with an open mind. But it’s both cruel and unfair to dismiss the premise outright and accuse the storyteller of being dramatic, whiny, or just overly sensitive. It’s disempowering.

These are two of my stories. My experiences. But I happen to be particularly tenacious and just downright stubborn.

Pause for a minute and think about the other girls in that 8th grade science teacher’s class. How many of them didn’t even attempt to study or learn because they were told from the first day of class that they couldn’t achieve success?

What about those two women who never came back to the electrical engineering class? How might their schedule of classes been affected? Their choice of major? Their choice of career? Their salary and earning potential?

This is why I find the lack of women in STEM careers so troubling. If women just aren’t attracted to the work in these fields, then that’s fine, because everybody is free to choose how they’ll earn their living. But it’s when women want to work in these fields and are prevented from doing so that there’s a problem that needs fixing.

So often when stories like this are told, men become defensive. They point out all the ways that they, themselves, aren’t sexist. They are innocent, not to blame, and therefore, there’s nothing they can or should do about the situation. I think that attitude is unfortunate. Here’s why.

Think about my college story for a minute. It’s entirely possible and even likely that the professor of that class was the only one in the room who thought women couldn’t succeed in electrical engineering. How might that story have been different if even one male student had spoken up? What if one of those guys had said, “That’s ridiculous. Women do just fine in electrical engineering.” Might other students have joined in? Might those other two women have felt encouraged enough to show up for the second class? Might I have been freed from feeling as though I had to work the hardest, study the most, and earn the highest grade to prove that I belonged there?

I think that all of us have a responsibility to speak up, to call out those who are disempowering others, to try and make things right. The power of a discriminatory teacher, boss, or colleague lies in our silence and we won’t start to see a change until we start listening and start speaking up.

In one of the best conference talks I’ve ever seen, Mike Monteiro spoke up. If you haven’t yet watched this talk, please do so. It’s encouraging, it’s inspiring, and it points out the responsibility each and every one of us has to the rest of the world to speak up and make things better. (See 41:18 for the part about women specifically, but really do watch the entire talk.)

Won’t you start speaking up?

3 thoughts on “I know I can, no matter what you say”